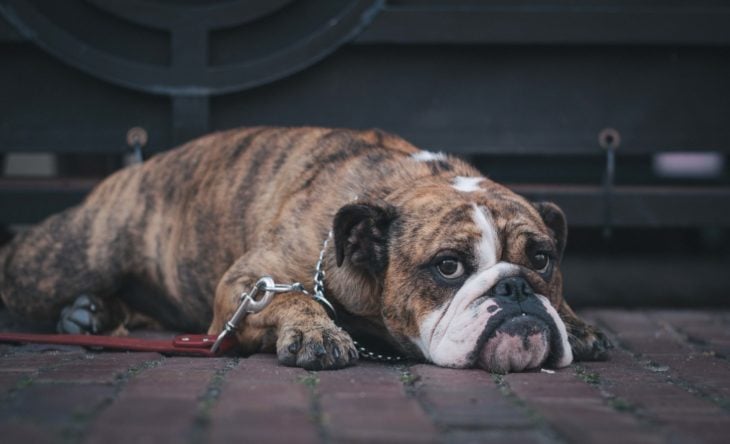 For most people who grew up with a dog, memories of your parents warning and reminding you not to feed your pet table food are seared into your brain.

Sadly, too many people ignore these warnings, even though there are foods that are fit for human consumption but not ideal for the canine members of the family.

There are also times when your beloved pup becomes sick, and you might be tempted to treat your dog with human medications.

But just like food, medicines for humans are not necessarily effective and may even be dangerous to your pet pooch.

However, there are some medicines that can help both humans and canines alike, and one of these is Benadryl.

What’s In This Article?

This over-the-counter brand-name drug is under the classification of antihistamines.

The main ingredient of Benadryl is a compound called Diphenhydramine which works as a blocker of receptors for the body chemical known as histamine.

Primarily used to treat the adverse effects of allergic reactions, Benadryl alleviates allergy symptoms such as rashes or itching of the skin, as well as excess production of mucus.

Aside from its anti-allergic effects, Benadryl is also used to treat mild versions of Parkinson’s disease and as an aid for people who have trouble falling asleep.

Despite the lack of FDA approval for the use of Benadryl on animals, it is still considered very safe and most vets will prescribe it to treat a variety of canine ailments.

This drug is primarily prescribed to dogs that suffer from allergies and its symptoms which can be caused by environmental factors such as stings and bites.

It is also used to treat allergies that stem from vaccines given to dogs.

Will Benadryl Make Your Dog Sleepy?

Another use of Benadryl is to promote sleep for dogs that suffer from insomnia or to help with vomiting and motion sickness when traveling.

It also helps alleviate anxiety during stressful situations such as loud fireworks.

Dogs suffering from mast cell tumors are given Benadryl to counter the excessive release of histamines by the body while the sickness is being treated.

Before giving Benadryl to your dog, it is still best to consult with a veterinarian.

Certain symptoms that may be attributed to allergies might actually be a different disease altogether which can be worsened by the drug.

A good example is red-tinged and droopy eyes which can be signs of glaucoma and be aggravated by the consumption of Benadryl.

Consulting a veterinarian is still the best way to figure out the correct dosage of Benadryl for your beloved pet.

Some veterinary manuals suggest that a safe dosage for your dog is one to four milligrams of Benadryl per kilogram of body weight given two or three times a day.

However, preexisting conditions and other factors specific to your pet may need to be taken into account.

This drug takes an average of thirty minutes to begin working inside a canine body, so planning beforehand is a must — especially for those who want to use it to treat mild motion sickness or even anxiety.

Potential Side Effects of Benadryl for your Dog

Just like other types of medication, Benadryl may cause a variety of side effects when consumed by dogs.

Some side effects that may arise are drowsiness or sleepiness, decrease in urination, excessive saliva production, heart rate increase and faster breathing.

Other rarer side effects may include diarrhea, vomiting and a change in appetite.

If your canine pal is taking any other medication or is suffering from conditions including glaucoma, heart failure, seizure disorders, hypertension or pregnancy, make sure to consult a professional veterinarian.

Good Human Foods That Can Kill Your Dog

Greyhound: The Fastest Dog In The World

Tips for Giving Benadryl to Your Dog

There are three forms of Benadryl which you can give to your dog — liquid, tablet, and capsule. Benadryl tablets or capsules are more recommended for canines since liquid Benadryl contains alcohol.

Coat the Benadryl tablet or capsule in peanut butter and offer it as you would a normal treat.

It is best to feed your dog prior to administering Benadryl to prevent unwanted reactions such as excessive drooling or vomiting.

If you missed a dose, give it as soon as possible except when the next scheduled medication is less than an hour away. Most importantly, avoid giving your pet two doses at the same time.

Benadryl is a common medication that sits in the medicine cabinet of most homes.

When your dog is in need of allergy relief, some extra sleep, or a way to calm down, it’s good to know you have an option that doesn’t necessarily require a trip to the vet.

But for your own peace of mind and the health of your canine companion, always make a call to the vet to ensure Benadryl is the best option.