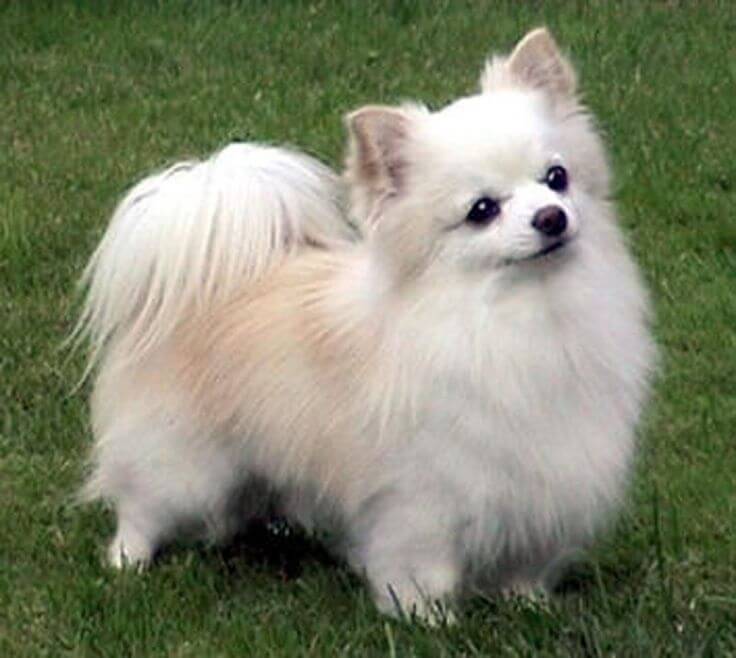 Hola, amigos! This time around, we’ll be covering one of the most iconic dog breeds: the Chihuahua.

As you know, this spicy little tamale is the world’s smallest dog.

But more than that, the Chihuahua is a charming, unforgettable and awesome pooch who’ll make you want to know more about him.

A Basic Overview of the Chihuahua

At 3 to 6 pounds, the Chihuahua is small enough to be held in one hand.

His size is part of his charm, but it also makes him vulnerable to being trampled and preyed on by larger animals.

So before you take him outside, make sure to put a sturdy leash on him.

You can never mistake a Chihuahua. Apart from his size, his babylike face and erect ears make him stand out from other dogs.

Whether he’s longhaired or shorthaired, or black or white, you can easily pick out his basic features.

(Hint: Look for the tiny dog with the big head, dark wide-spaced eyes and short nose.)

If you’ve never owned a dog before, you’re in luck:

The Chihuahua is highly recommended for first-time dog owners.

He’s friendly, low-maintenance, and able to live up to 16 years old if properly cared for.

No wonder Hollywood celebs love him!

What is the Personality of the Chihuahua?

Unless you have a heart of stone, it’s impossible not to love a Chihuahua.

Chihuahuas are famous for their ability to bond with their owners.

Once your Chihuahua decides to love you for life, he will take care of you and protect you as best he can.

For example, a Chihuahua will take on a much larger dog if he feels threatened by the other.

He’ll use his high-pitched bark to scare off the dog, and if that doesn’t work, he might get into the sort of confrontation that you’d want to take him out of ASAP.

One moment, they’re snuggling into your lap; the next, they’re wiggling out of your door flap and into the world outside.

Again, if you want your Chihuahua to stay safe, never let down your guard around him.

When he’s not causing mischief and mayhem, the Chihuahua is a pretty pleasant pooch to be around.

He’s a friendly and fun-loving dog who loves to be the center of attention, and won’t mind the company of other Chihuahuas once in a while.

As long as you socialize him, you won’t have to worry about aggression and similar problems.

History and Background of the Chihuahua

There are two theories on where the Chihuahua came from.

One is that he’s an offshoot of the Techichi, an ancient dog breed from Central and South America.

Another is that he’s a cross between Chinese hairless dogs (which were brought by the Spanish to the Americas) and dogs owned by the natives.

At any rate, the Chihuahua, as we know him today, was discovered in Mexico in the mid-19th century.

Related: Everything You Need to Know About The Leonberger Breed

Taking his name from one of Mexico’s states, the Chihuahua was brought to America and registered with the American Kennel Club (AKC) in 1904.

Much of the Chihuahua’s popularity can be credited to Xavier Cugat, a Latino singer who skyrocketed to fame during the 1930s and 40s.

Are Chihuahuas Playful and Fun?

If the videos, GIFs and Internet memes of him are any indication, the Chihuahua is one dog who can never be described as “boring.”

If his face won’t make you laugh, his antics definitely will.

He likes to chase after anything and everything that has a pulse (or, at least, seems like it does).

Also, he doesn’t mind playing dress-up every now and then, whether as a Halloween monster or as a cute Christmas mascot.

As small as he is, that 6-pound body hides a big personality.

He often thinks he’s larger than he really is, which makes it really funny when he manages to scare off a dog several times his size.

How Much Exercise Does a Chihuahua Need?

Don’t be fooled into thinking that a small body equals small energy levels.

Like a firecracker, the Chihuahua is a tiny thing that packs a punch.

Chihuahuas enjoy most physical activities, whether it’s walking around the block, running after a tennis ball, or chasing after a squirrel that’s loose in your yard.

He’ll literally keep going until he drops, so let him take a sip from a water bowl after he’s done.

Also, keep him inside the house as much as possible.

Aside from protecting him from inclement weather, you’ll also keep him out of sight of hawks, alligators and other predators that might wander into your yard.

If basic exercises are getting too repetitive for him, you can enroll your Chihuahua in agility classes.

You’ll be surprised at how your Chihuahua can keep up with his bigger classmates.

Don’t forget to adjust his exercise routine based on his age.

Generally, puppies need less exercise than adults, since their bodies are still developing.

Even when they’re grown-up, you should still take care to minimize any injuries from exercise, especially considering the Chihuahua’s size.

What are the Grooming Needs of the Chihuahua?

The Chihuahua may be a celebrity favorite, but he’s surprisingly low-maintenance.

Unless he gets himself covered in dirt, he doesn’t need to be bathed more than once every two months.

You do need to regularly brush him, though. Depending on his coat type, he’ll require a specific kind of brush.

For example, if he has short hair, a brush with short bristles should be used.

If he has long hair, a pin brush will do the trick. Either way, regular brushing will keep your Chihuahua’s coat sleek and smooth, not to mention keep shedding under control.

A Chihuahua might also have tear stains underneath his eyes.

For that, apply baby or coconut oil on the affected area (but not into the eyes!), and gently wipe it off with a soft cloth.

Remember to groom his ears, teeth, and nails too.

Ears should be checked regularly for signs of infection.

Teeth should be brushed at least once every other day. Nails should be clipped once they’re long enough to make noises on the floor.

Last, but not least, get your Chihuahua used to grooming from an early age. If he’s not comfortable with grooming, let a pro do it instead.

Are Chihuahuas Easy to Train?

How trainable a Chihuahua is depends on nature and nurture.

If not, prepare to put in extra effort into your Chihuahua’s training.

Chihuahuas are usually smart enough to learn most tricks.

However, they learn best with owners who are consistent, firm and have the patience to use positive reinforcement even when they’re at their naughtiest.

For example, you might’ve heard that Chihuahuas are difficult — if not impossible — to housetrain.

Actually, you can train them to “do their business” in the right place, as long as you train them early.

The moment you spot your Chihuahua making The Pose (i.e. squatting mid-air), take him outside.

Keep doing this until your Chihuahua learns to associate “outdoors” with “toilet.” Eventually, he’ll learn to defecate outdoors without your prompting.

It’s also important to crate train your Chihuahua. Chihuahuas are people dogs, which means they don’t do well with being left alone for long.

But if he’s used to staying in a crate for a few hours at a time, you won’t have to worry about him causing a scene whenever you’re away.

How Much Does a Chihuahua Puppy Cost?

Assuming you’re buying from a reputable breeder, a Chihuahua puppy will cost at least $1,000.

Chihuahuas from shelters cost only a fraction of that; however, there’s a risk that the dog may have health and behavioral issues.

If you want to give your Chihuahua the celebrity treatment (i.e. dress him in fancy clothes and book him into luxury dog hotels), it won’t hurt to add a few hundred dollars into the mix.

Despite their small bodies, Chihuahuas are larger than life.

Whether you want to give them the celebrity treatment, or treat them like you would any beloved dog, let us know what you think of this lovely pooch in the comments.